Volunteers of America Honors Barbara Grogan with its 2014 Booth Award 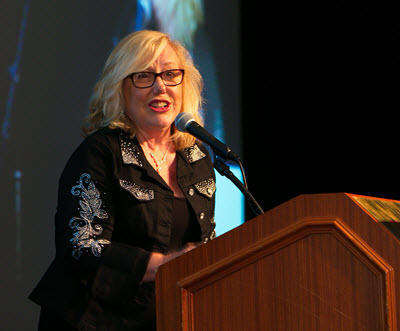 DENVER, Colo. (June 10, 2014) – Volunteers of America, one of the nation’s largest and oldest human services charities, will present its highest honor – the 2014 Ballington and Maud Booth Award – to Denver-area businesswoman and philanthropist Barbara Grogan on Tuesday, June 10 at 7 p.m. during the organization’s national conference at the Grand Hyatt in downtown Denver.

Ms. Grogan was selected for the 2014 Booth Award because of her dedication to her community and serving those in need. In 1982, Ms. Grogan founded Western Industrial Contractors Inc., an industrial construction company specializing in providing integrated design/build of material handling, baggage handling and manufacturing systems. In addition to serving as the CEO and Chairman of Western Industrial, she was the first female chairman of the board of the Federal Reserve Bank of Kansas City, Denver Branch, from 1989 to 1994.

Ms. Grogan was also the first female chairman of the board of the Greater Denver Chamber of Commerce, and has served on three publicly traded corporate boards of directors. She formerly served as Volunteers of America Colorado Branch board chair, and chaired the University of Colorado President’s Leadership Class.

Volunteers of America presents the Booth Award each year to individuals who demonstrate distinguished service to humanity. The award is named after Ballington and Maud Booth, who founded Volunteers of America with a promise to “go wherever we are needed and do whatever comes to hand.” Previous winners include Ambassador Andrew Young, Jane Fonda and Ted Turner, Nancy Reagan and Gen. Eric Shinseki.

Approximately 600 Volunteers of America leaders and care providers from across the United States travelled to Denver for the organization’s 2014 National Conference on June 7-10. In the Denver area, Volunteers of America Colorado Branch serves approximately 5,500 people a year in more than 50 programs in 18 communities statewide. Clients served include homeless veterans, seniors, those with disabilities, people recovering from addiction and low-income families.